So I'm now ready to build the first Domain Controller.  I connected the vSphere client to the vCenter server, right-clicked the template I created earlier and chose "Deploy Virtual Machine from this Template" 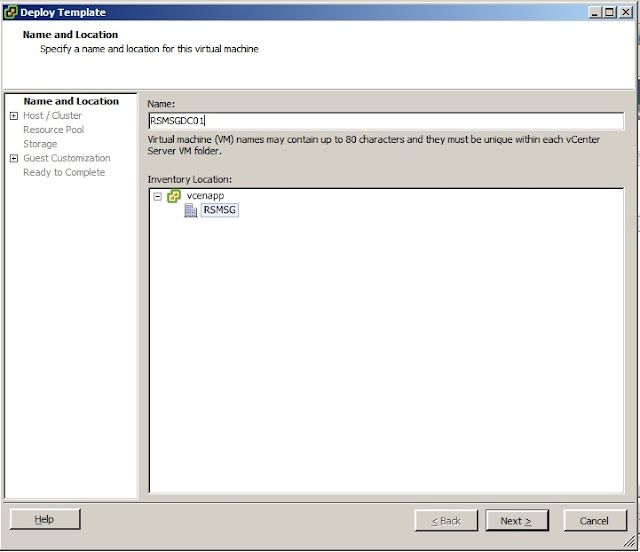 I've chosen to name this RSMSGDC01.  I chose to place this on the SSD storage. With guest customisation, I chose to customise using the wizard.  I won't create a customisation template for now - I'll do that once the domain and DNS servers are up and running and I can save the template with them in it. 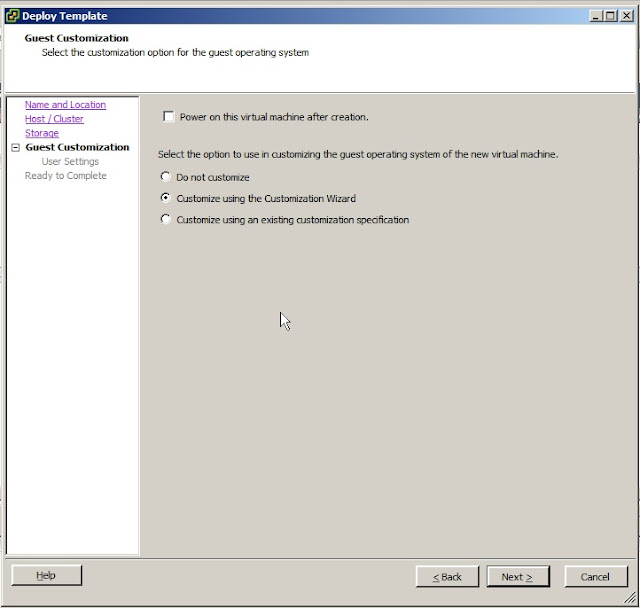 I set the machine name to the same as the VM name. 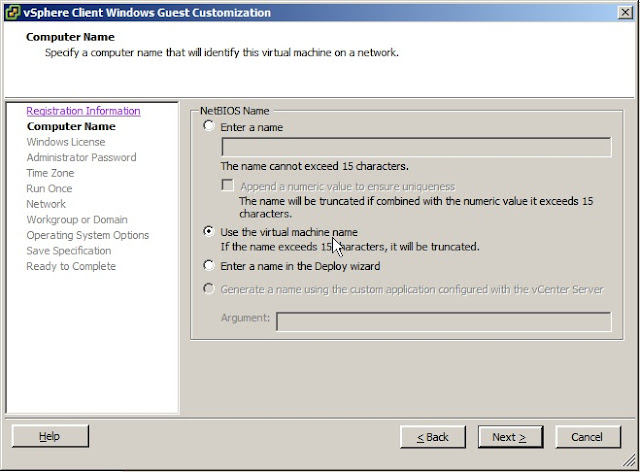 I added the windows license, set the admin password and time zone, didn't configure anything to run once, and configured the NIC with the IP Subnet Mask, and default gateway.  I temporarily set the DNS server to be 8.8.8.8, until i've got DNS up and running at which point I can set it to itself.  When I create the customisation template I'll get it to prompt for an IP, but leave the Subnet Mask, Default Gateway, and DNS servers statically assigned. 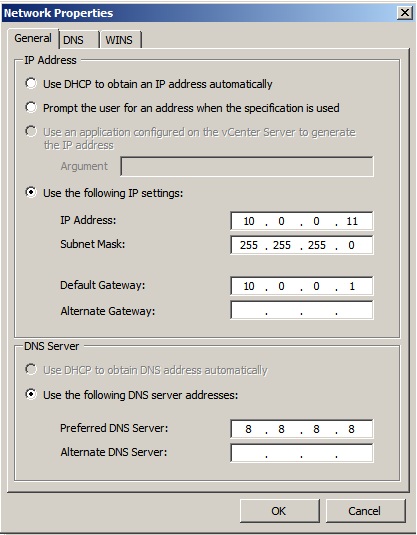 The domain doesn't exist yet so I set the machine to be a member of a workgroup.  When I create the template I'll set it to join the domain automatically. 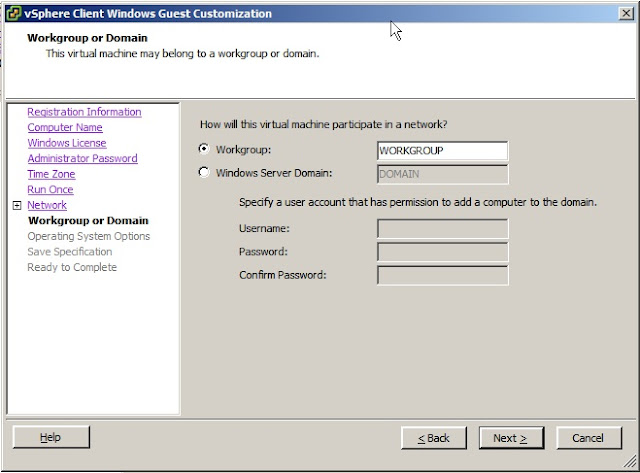 I enabled the option to generate a new SID. 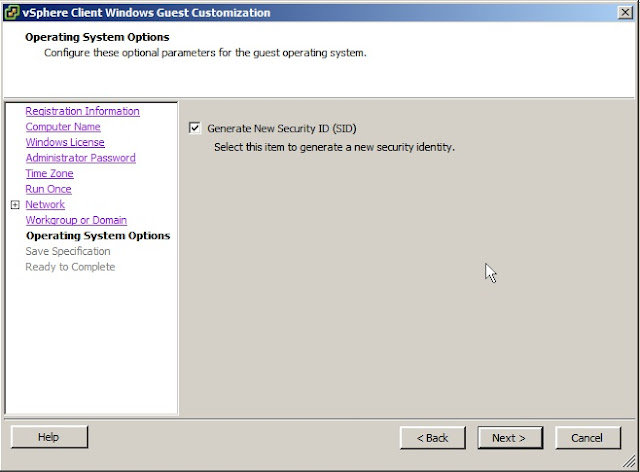 I didn't save the specification, and from there get the summary of customisations. 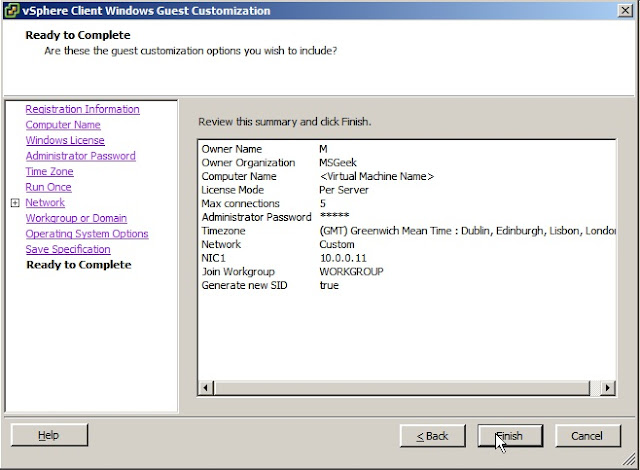 After that it's the final summary and the machine gets deployed. 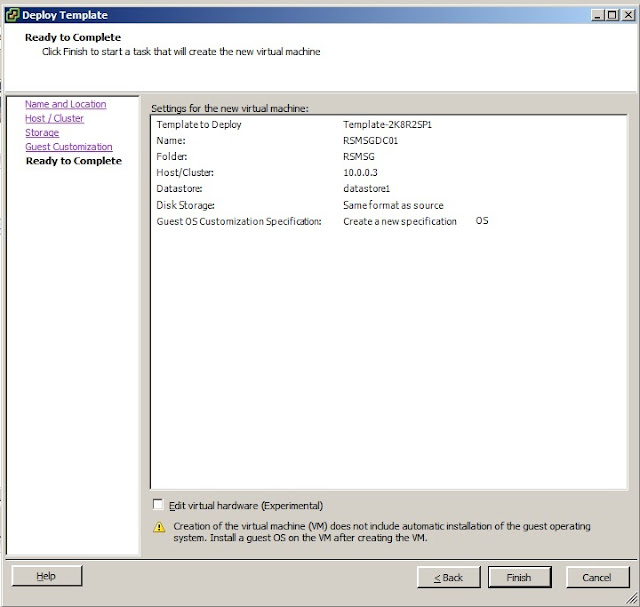 With the guest deployed I could then boot.  From there I could then load the rules wizard and choose to install Active Directory Domain Services. 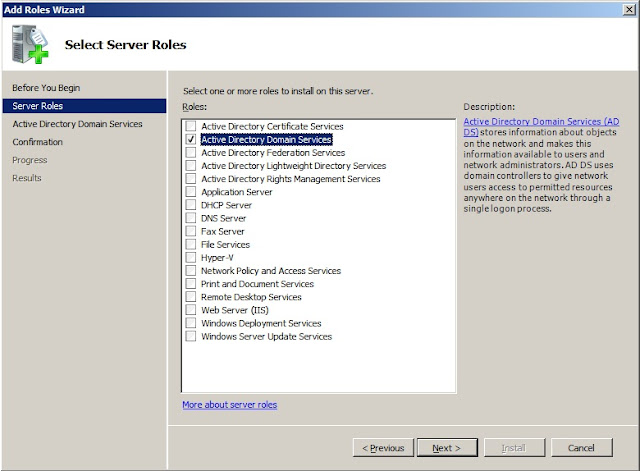 From there it's a simple Next and Install. 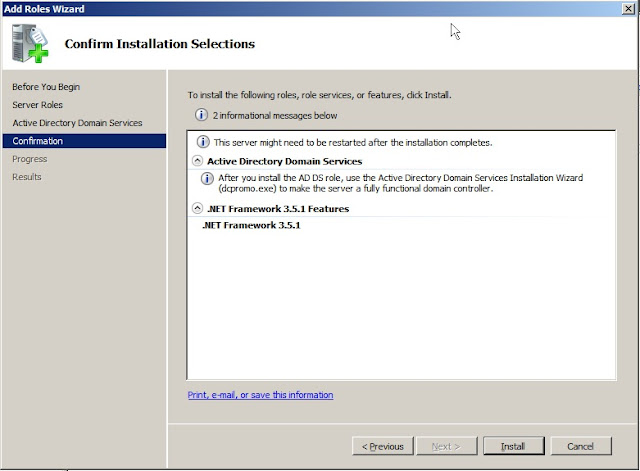 Installation completed successfully, we can now look to run dcpromo. 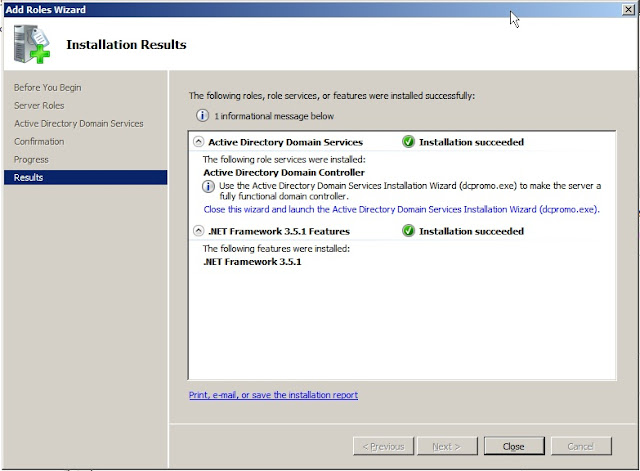 Running through dcpromo, I selected to create a new Domain in a new Forest. 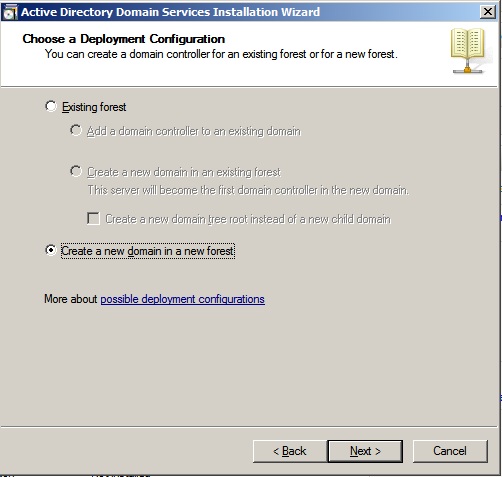 For the Forest Root Domain, I'll be going with msgeek.local 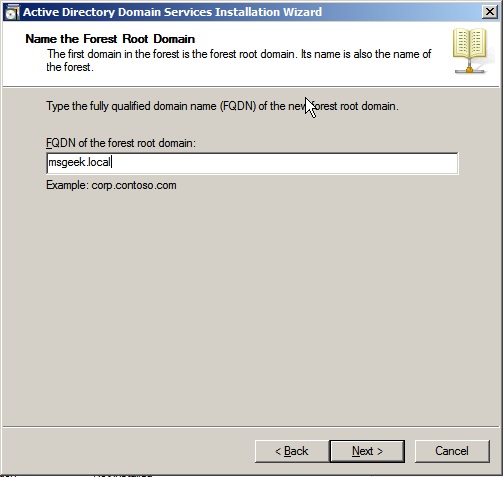 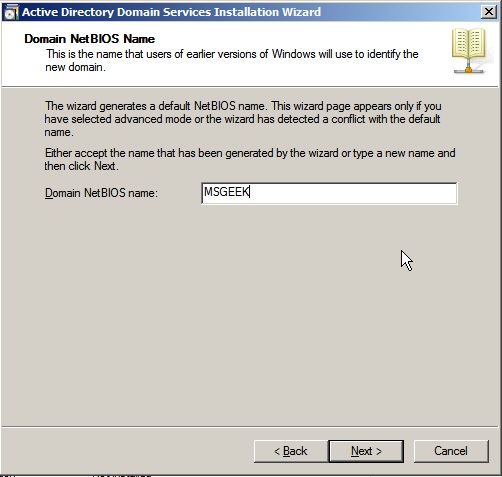 I'll be running the Domain at Server 2008 R2 functional level. 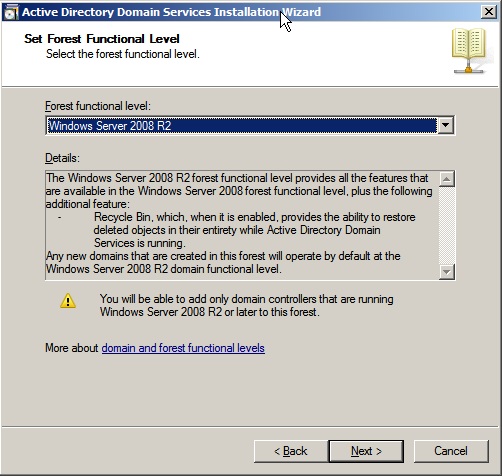 I chose to install the DNS service on this DC, I also kept the database, logs and SYSVOL in their default locations on C:\.  I'd usually recommend at least the database be given a dedicated disk, but the fact this is a small lab deployment means sharing with the system volume should be fine. 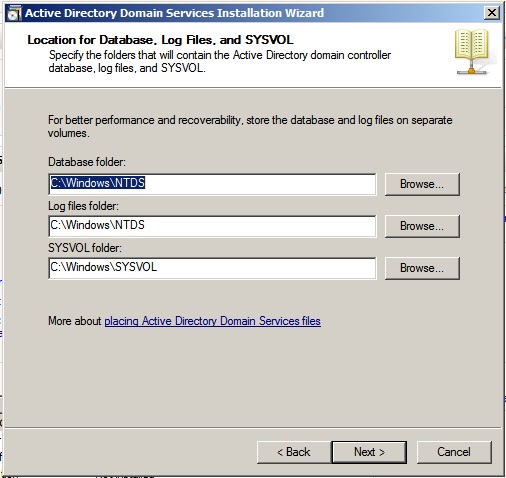 After that, dcpromo prompts for a password for Active Directory Restore mode, which I entered, finally it displays a summary screen, showing the options selected. 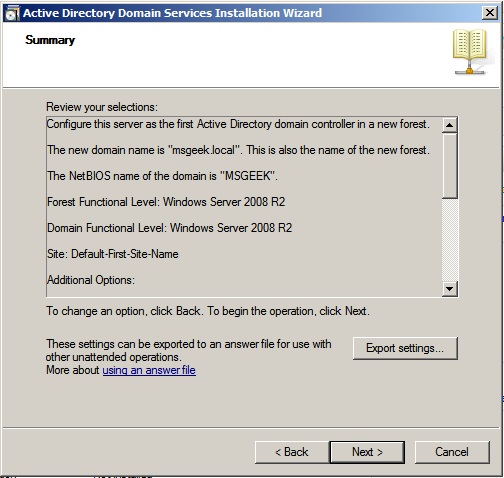 The installer then installed the DNS components, and ran through the rest of the installation. finally prompting for a reboot for the changes to take effect.  After the reboot I was prompted to log onto the msgeek.local domain, this worked fine, and I was now at a point where (at least for now) I was happy with the config of this DC. 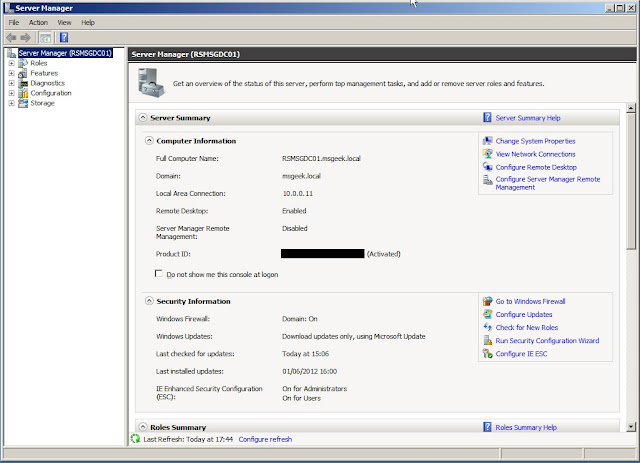